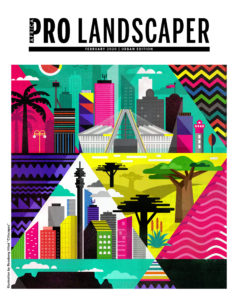 In August 2018, we introduced the readers of Prolandscaper to the concept of “Treescaping” – a specialization within the discipline of Landscaping. In short, it is the art of selecting and successfully installing a large tree for any given type of garden, which requires the combined knowledge of Arboriculture and Landscaping. Our guide to trees for residential gardens was published in the May 2019 edition, and this month we take a closer look at trees suitable for Urban Spaces.

Read the two editions below.

This evergreen conifer with dark green foliage colour is valued for its easy cultivation, fast growth habit and suitability to a wide variety of climatic conditions, which includes coastal wind, frost and drought tolerance. The erect and slender growth habit of this columnar tree makes it a perfect option to utilise for many different purposes. In the urban environment it works well for planting in corridors between high-rise buildings, screening between neighbouring properties and even a focal point in a more formal landscape. 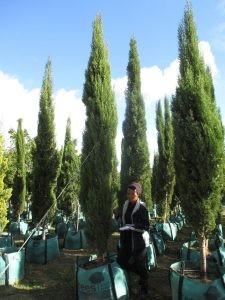 The Turkish oak is an elegant, quick- growing ornamental tree. It has very upright growth habit, becoming a medium to large tree for 10-20m tall depending on the space available. Oaks prefer growing in areas where winters are cold, and the rainfall is high during the year. Often used cities or towns as a tree for parks or on roads sides. Often planted as a replacement oak variety to the English oak due to its dark green foliage that closely resembles that of the English oak. According to information supplied by the arborists based in Gauteng this species is not susceptible to shot hole borer beetle.

The Chinese Elm is an attractive deciduous tree, very often planted in parks and public spaces as an ornamental shade tree, similar in look and growth habit to the Celtis sinensis. The tree has a delicate appearance when looking at its mid-green serrated leaves and thin branch tips. Its fast growth speed and adaptability to a variety of soil types makes it an easy choice for any landscape. The tree has been found to be fairly drought tolerant, frost hardy and can grow in strong wind conditions. 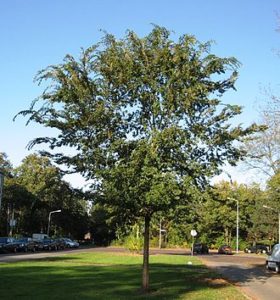 Why are certain tree species so common in different areas?

Trademark Trees that come to mind with this statement are the Jacarandas of Pretoria; the Oaks of Stellenbosch, the Yellowwoods of George. Often chosen for their beauty a long time ago (rather than their suitability) these tree species have had to their environment and therefore become a common choice as “street trees” for certain towns.

But which tree can do it all?

One of the most versatile tree species you can find for the urban environment, is thought to have originated in Spain, as a hybrid breed between Platanus orientalis & Platanus occidentalis, known as Platanus x acerifolia.

This is a moderate to fast growing tree with an upright pyramid shape, dense canopy and a worldwide popularity for urban environments! This seasonal tree prefers cooler climates but can adapt to warmer temperatures and extremely poor soil conditions, which includes environmental salts. It is best planted in the full sun and can grow in both dry & moist locations with no real preference for soil pH. The Plane tree survives and even thrives in city environments due to its high tolerance to air pollution. Further benefit to this hybrid variety is its disease resistance, minimal branch-dropping or decaying characteristic, and the fact that is drought tolerant. Due to limited space in the city environment and the fact that the Plane trees can get very big, the practise of pollarding is often implemented. Widely popular in European countries, pollarding of Plane trees becomes an annual affair and various pollarding styles can be achieved on these trees due to their adaptability to regular pruning. Many a city or town in South Africa also proudly feature this tree species in its streets. Just in the Western Cape alone you will find avenues in Cape Town, Constantia & Stellenbosch. 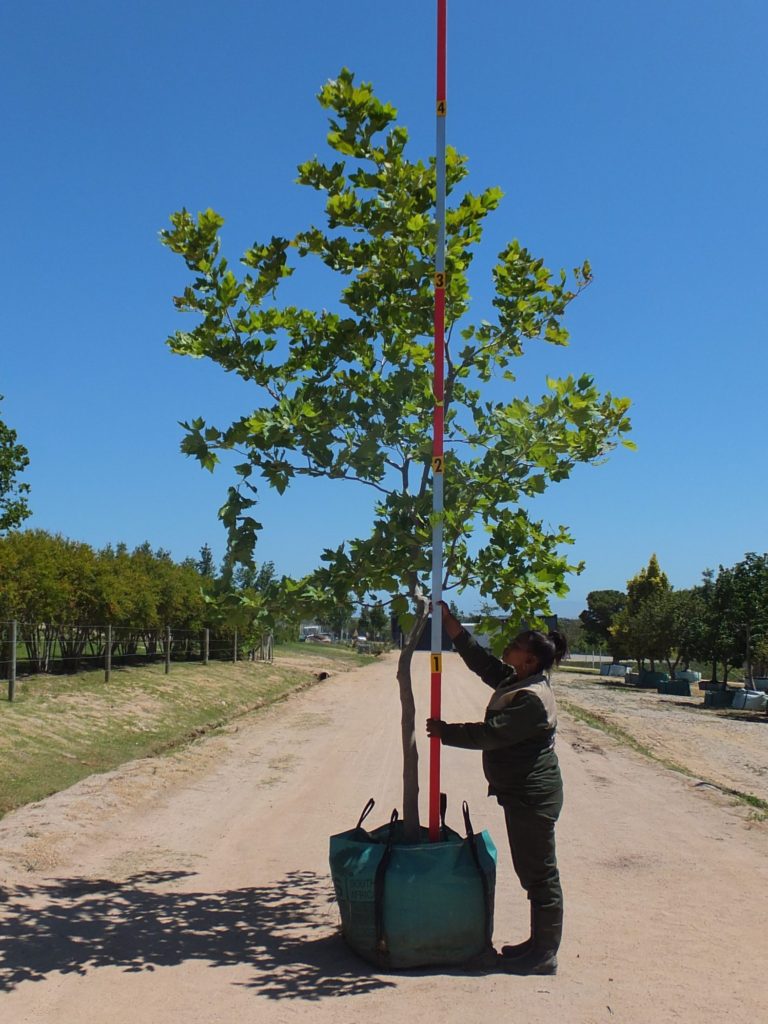 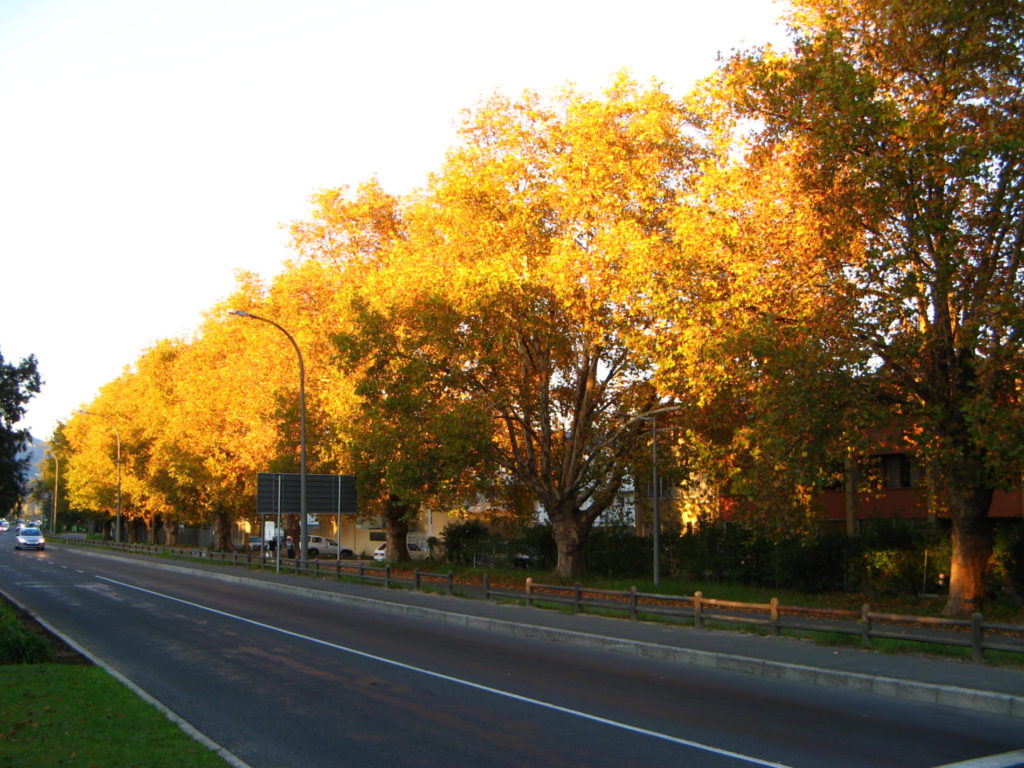 Every site has its own unique qualities. We urge you to contact your local Arborist or tree nursery for further advice and recommendations.