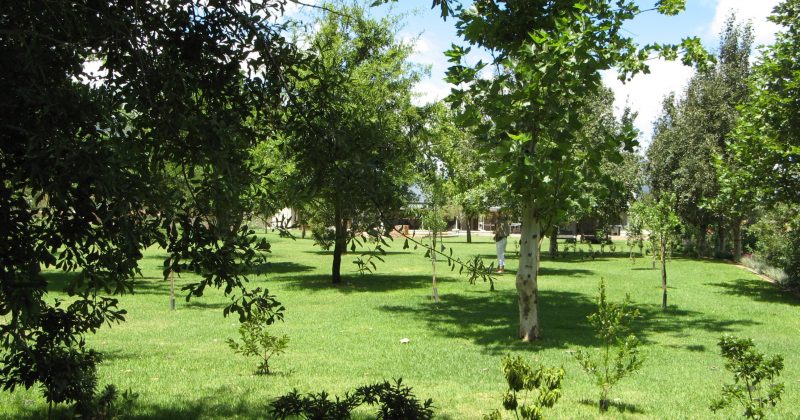 Many families insist on a Christmas Tree over Christmas. Wimpie and Marlene Basson bought an entire forest – and had it planted fully grown in four days.

The environmentally-friendly couple stunned their friends and neighbours by turning a barren plot in Stellenbosch outside Cape Town into a leafy wonderland, complete with waterhole and automatic sprinkler system. And they did it almost overnight, thanks to the country’s top ‘tree doctor’ who transplanted 67 trees.

The Bassons, who love trees and grew up in the shadow of the Cape’s Hottentots Holland mountains, say they didn’t want to wait 20 years for their dream forest home. They wanted it in place in time for the end of year family get-together.

“We want to have it nice and everything in place – that’s why we did everything before Christmas,” said Wimpie Basson, a wealthy property developer in the Cape Winelands.

“I’m 55. I’m too old to plant young trees. I wanted to buy myself ten years in age in the form of trees, and that’s exactly what happened,” Basson said. “We paid a lot of money for this but I think it’s worthwhile.”

He said he and his wife would now plant grass and work on their garden’s finer touches, such as a selection of fish for the water hole and a miniature golf course: “My wife is a keen golfer, not me,” said Basson. They will also build a large H-shaped house – “big enough for us and our friends” quipped Basson who has three children and five grandchildren. Their plot on the outskirts of Stellenbosch is 6000 square meters – bigger than a rugby field – but is dwarfed by towering Stellenbosch Mountain in the near distance.

Willems said he was surprised at how much the Bassons knew about trees. “They had very much their own ideas and preference about their preferred trees, which is nice. We prefer that clients know what they want. They (the Bassons) paid a number of visits and booked their trees. About three weeks later we planted,” Willems said.

“We’ve done bigger jobs that have stretched over three to four years, but this was like an instant forest garden in four days. The immediate change of environment and the satisfaction of instant oldness was quite gratifying,” he said.

One unforeseen problem was reaction from the Bassons’ neighbours whose mountain outlook was partly transformed into a forest vista. However there can be no doubting the quality of trees on view; Willems and his staff tend to them regularly as part of a detailed ‘post-op’ tree care program. “These trees are like my patients. I must make sure they are doing well,” Willems said.

Another challenge was the hot weather – normally a bad time for transplanting. Willems explained: “Nobody thought it was possible especially with our hot summer. But we’ve developed and managed systems and ways to keep very big trees in very small root volumes. It’s basically a new commodity that we have created.”

“It’s all the new culture of everybody wanting everything instantaneously,” Willems said. 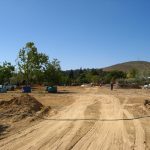 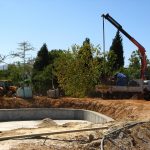 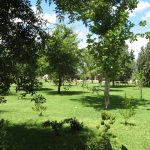