Read more regarding the history of the school below. 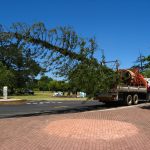 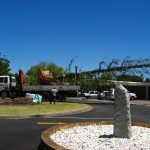 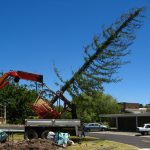 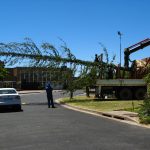 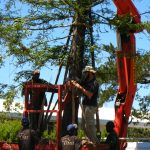 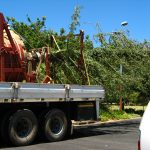 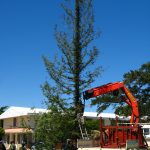 At Jan Kriel School for children with special learning needs, a great big Californian pine tree happens to be a star fundraiser.

Over the decades, pupils at the 70-year-old school have learnt to know this tree as their Tree of Lights, as it plays a central role in the school’s Christmas celebrations every year.

Then, the tree is all dressed up in a host of multi-coloured light bulbs and, on the last Saturday of November every year, the lights are switched on for a Carols by Candlelight event that attracts as many as 3000 people.

And companies from all around the country sponsor light bulbs at R50 each as the school uses the opportunity to raise much-needed funds.

The Kuils River school, with its 550 pupils, depends heavily on the fund-raising efforts of this 65-year-old tree – but not it has been told the tree is going to die.

Apparently, Californian pines do not live much beyond the Biblical age of humans – three score years and 10.

There was only one thing to do – the school had to find a replacement that would grow fast enough to reach the required height within 10 years.

So yesterday a strapping young needle oak arrived at the school on the back of a truck and was planted by tree specialist Trees South Africa, much to the joy of a large group of younger pupils who came out of the classroom to watch the event.

“We simply had to make a plan – we couldn’t let our main fundraiser disappear without a replacement,” said Fanie Herholdt, director of the Jan Kriel Institute.

“Jan Kriel School is 70 years old this year, as it was founded in 1937 in the wake of the death of a boy called Jan Kriel from epilepsy. The tree was planted five years later. We know that, because we still have photographs from the time of tree when it was small.”

Tree specialist Dag Willems of Trees South Africa said the tree would be cared for and watered according to a special regimen until it had established itself properly.

This was also published in Afrikaans in the Eikestad Nuus. Read the full article in the newspaper clipping below. 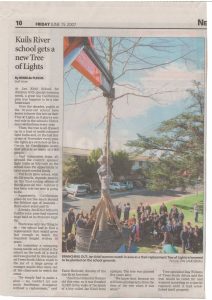 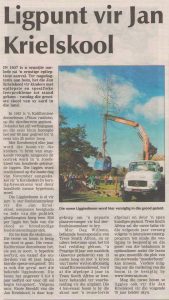